While this may sound odd, a screwdriver is very helpful when you need to start your bike keyless. The process is not a hard one, and every bike should learn this. The reason is that you may lose your bike keys by chance and remain stranded in an isolated area. If this happens to you, as long as you have a screwdriver, you are good to go.

In case you lose the keys, remain calm. Besides, it’s easy to start a motorcycle with a screwdriver than it is with a vehicle. Motor vehicles come with many wires, which make the process very complicated. But, for a bike, it’s very easy.

Short note – you may visit some of the most effective screwdrivers in the table for starting your two-wheeler and doing other works now or even after reading the following analysis entirely. 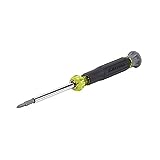 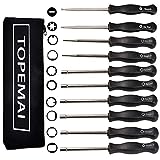 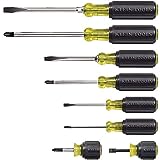 Get the right gears for the job

For a successful process, you need various tools. To begin with, you need to get a flat-headed screwdriver, a few short wires, and an electrical tape. Of course, you need both your hands. As long as you have these tools, your bike will star in a few minutes.

Look to note where the key-switch connector is located

To know where it is, you need to follow the wires that come from the key switch. The wires should head to a plastic connector. Take your screwdriver and open the cap to get access to the wires.

Now that you got to the wires, its time to complete the circuit. To do so, your key switch is very crucial. It disconnects the motorbike’s ignition circuit once in the opposite position. Take a piece of wire so that it completes the circuit. It will act as the key switch. Check for the ignition terminals and connect the wires to them. After doing that, the bike is on now.

Check out for the lights

If the process is successful, you should see the lights, and the bike should be able to start. Once you notice the lights, the sound of the engine start will be heard, and you can now ride your bike happily. However, once the bike turns on, remember to first tape the connections with the electrical tape before hitting the road.

An alternative way to start a motorcycle with a screwdriver

While this method sounds a bit illegal, it does not mean to teach thieves how to steal motorbikes. Instead, we aim to help riders to avoid getting stranded after losing their keys.

To begin with, to start the bike, you simply need a screwdriver, a claw hammer, and a flat-headed screwdriver.

Slip the screwdriver inside the ignition barrel, a hole where you insert the keys to start. Screw the device further inside the hole as deep as possible. Just leave a tip of it.

Pick your claw hammer and pull the previous screw out, just like you can pull out a nail from wooden material. By doing so, you will pull the ignition barrel half-way.

After that, pick the flat-headed screwdriver and insert it in the remaining hole. Tilt the screwdriver, turning it until you notice some lights. That will help in disabling the sterling lock too.

Push it down the road a bit and press its electric start. Once you do that, the bike is on and you are are good to go! However, you need to note that for this process to succeed, you need to get a strong screwdriver, and otherwise, you won’t succeed.

There you have it! If you have been keeping a bike in the garage for months simply because you lost the key? You now know how to start it. also, losing a key while in town does not mean that you must get a vehicle to carry the bike to the professional, with the above steps on how to start a motorcycle with a screwdriver, you can ride on it within minutes.